My Desk is a small corner of the house. It’s where my system stands, every Eureka moment I had and “Why the hell isn’t this working?” happened. It doesn’t have much unlike the desk showoff counterparts but has quite the basic stuffs which I need. As a college student going to “Google Meet” my desk setup is more than enough for video calls with the video off as most of my classes do. I also watch some of my classes on my Phone. I sometimes write notes about a Topic, it a tad tedious to listen to class and type out the same coming from a Pen and Paper way for the past 15 years of schools. So here they are,

I own a OnePlus Nord. I used to use an Honor 9 Lite which I ditched in August 2020, the same time I bought the new one. Strangely enough my Phone and my Laptop has the same memory. 8 Gigs of RAM and 128 gigs of Storage. Bought it myself with Self Earned money from writing Blogs for others. Coming from a 3 + 32 GB phone, the Nord is frikking fast. Better Photos and Fast Charging became my Favorites. I sometimes take Photos on the starry sky.

I own a Macbook Air 2017. It runs on MacOS Catalina. The new Big Sur upgrade is available but haven’t upgraded yet, because I’m afraid if it’ll break my current apps like catalina did a year ago. The Mac has been with me for a year now. I selected the macbook Air due to my travelling needs. I usually go to hackathons a lot and it’s uncomfortable to take a laptop say weighing 2kgs and communting with that. The sheer weight will induce new back problems for me and a person at 181cm height, back problems are really ahrd to cope with. 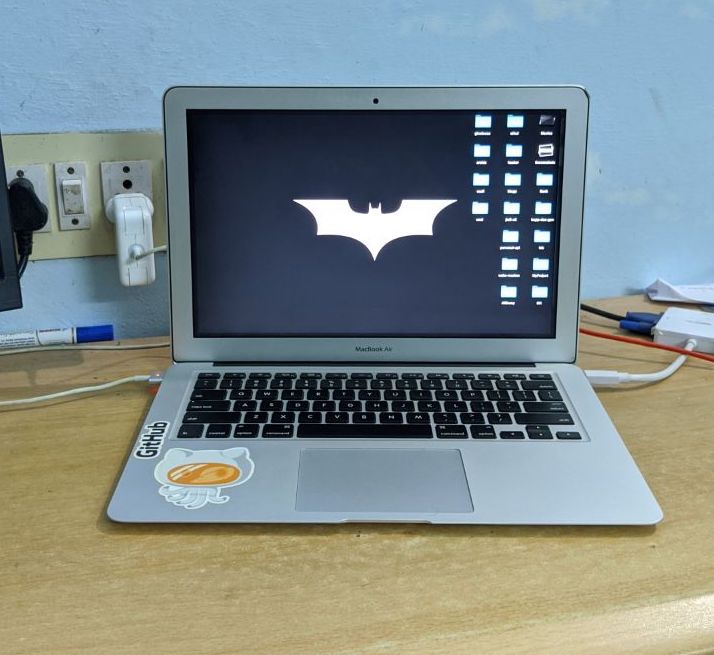 I own a PC too. It’s a 2016 assembled one where I procured the items from a local wholesale shop. It’s still running. I had upgraded the ram to 8gigs in April but I seldom turn it own now. It has about 4 linux distros loaded

I use manjaro most times when I turn it on. It’s filled with Movies by my sibiling who has a good taste for movies.

I own a Aopen 19" Monitor. It was too bought from a local shop. Aopen is owned by Acer I guess. I had a plan to move to another bigger one but it’s on hold for the time being. May upgrade that after college or after I get a job or have a better economical hold 😄. 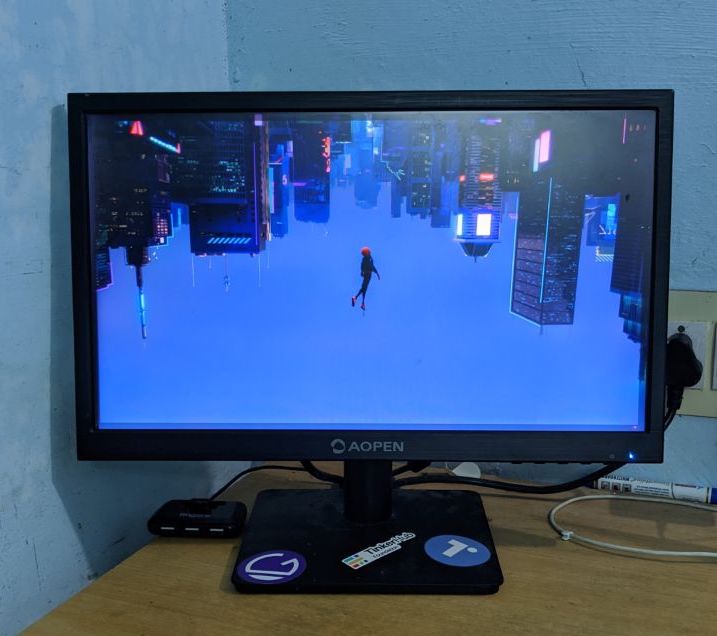 I recently bought a mechanical keyboard. I had been waiting to buy one for the past 6-7 months. I’m an owner of a Keychron K2. it did cost me quite a bit of money but It was money well spent. I used to own a Logitech k200 for the past 4 years. I had spray painted a few keys of the membrane keyboard for more aesthetics but was went south. The new keybaord is RGB + Gateron Browns + Aluminium frame.

The current chair I use was bought from a local store. Metal Legs and cushioned seats. The one I used before was 20+ years old. It had started giving me a lot of backpain after a coding or workshop session. So went and bought the new one. The wheel base is a boon for me. I don’t have to get up and walk a few meters to turn on the Fan or light anymore😂. 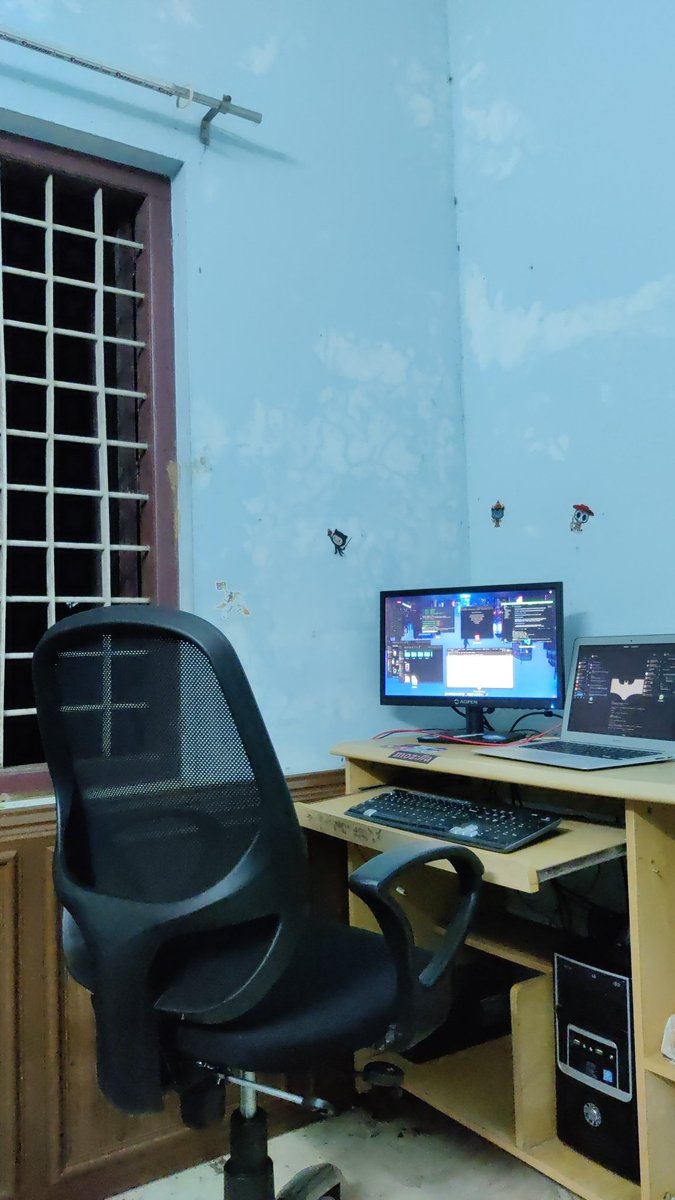 The Apps I use most on my laptop

iTerm2 is my terminal emulator. I use zsh as my basic shell with a custom prompt I made a year ago in Go. I sometimes uses NeoVim for file editing.

I had been a VsCode user for a few years now. I recently switched to VsCodium for a more privacy oriented code editor. I use the Vim emulation plugin for vsCodium for mouse independancy. The other plugins I use are the Golang plugin and Python plugin. I sometimes write Js or HTML and that’s it. I have a wakatime plugin to track my coding activity and get detailed stats.

Insomnia is my local API Testing App. It still bothers me that Insomnia is made in electron. It would’ve been super cool if it was made in native code.